Before going too far into the text, the fact remains that archery is a sport. It involves a good amount of upper-body strength, focus, control, precision, practice, and much more to hit the target. But many believe it is a hobby because of the way it is played among friends and families.

There are many interesting facts about archery, like many other Olympic and international sports, which is there is much more than what meets the eye. Nonetheless, this doesn't mean it cannot be enjoyed by those who love the thrill of shooting an arrow and hitting the target - hence making it also fit to be a hobby. Learn more about archery bow and arrow as a professional sport in this guide below.

How did Archery begin? Archery is as old as a man dating back to around 10,000BC during the late Paleolithic period in Egypt. During those days, bows and arrows were carved out and used as weapons of warfare. They were also used as instruments to hunt and kill animals for food and to appraise dignitaries.

Though bowhunting was the first reason archery bows and arrows were used, it gradually developed into a sport in 1027BC. Today, both bowhunting and target archery has found a way into the recreational and competitive world.

Archery as a sport - The different forms of competitive Archery 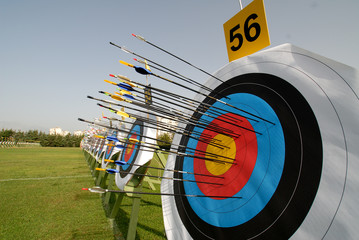 When it comes to archery competitions, they take on different forms with many rules on how to play. Though the concept is still the same (shooting arrows at a distance to hit a target), the games are slightly different from each other in terms of the various forms of targets, equipment, bows, and so on.

This is not only the first on this list but also the most commonly played archery form today. It involves archers shooting arrows from different standard distances to a circular target scoreboard. This target is usually demarcated with many multi-color rings and one small circle in the middle.

The center of the board usually holds the highest score; the further out you go, the lesser the score. Also, each archer is given a limited amount of time to shoot all the arrows provided, and at the end of all the tries, the archer would be required to walk up to the board, retrieve the arrows and wait for the score announcement. Target archery can be practiced indoors and outdoors and has been played across several countries today.

This is a combination of target archery and bowhunting as it uses both target boards as well as target animals. In field archery, there are three rounds to determine the overall score. The first round (known as the field round) is a copy of target archery with a specific distance for all the boards. 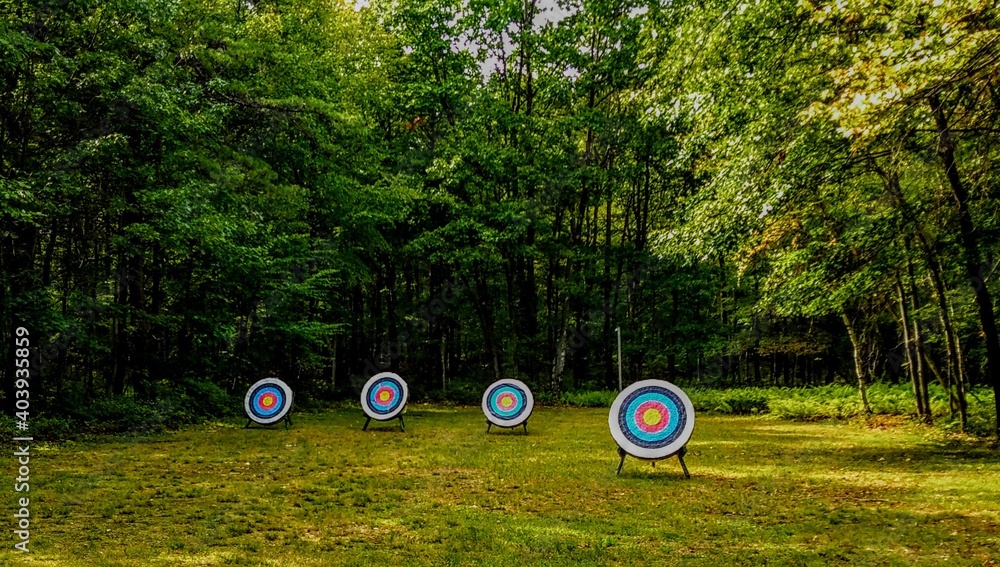 The difference, however, is that the event is held in a field/rough terrain out in nature instead of a hall, and the target is not all colorful - instead, it is a black and white board with a white circle at the center and a black outer ring. The second round (called the hunter round) is similar to the field round, but the target boards are placed at different distances making the competition more challenging.

Finally, the animal round (the third round that is) is just like bow hunting. The targets are life-sized 2D animal representations placed at different distance points. Usually, the point-kill areas of the animal hold the highest points.

This is another archery competition derived from the idea behind target archery. However, this variation of archery has the archer pointing his arrow to the ground. This is because the targets are in the form of flags with concentric circles and are situated on the ground. A shot that hits the flag has the highest point, while the score decreases further away from the flag. 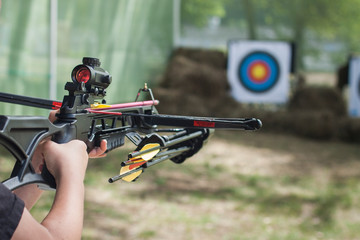 Though this is not the classic bow and arrow archery competition, the crossbow variant still makes its way to this list as a form of an archery tournament. The major equipment used here is the crossbow which is usually custom-made by the archers.

The other forms of bow and arrow archery competition are not so popular and are not practiced in many regions of the world. Some of them are flight archery, ski archery, roving marks, wand shoot, and so on.

Related: 10 Most Important Things to Pack for an Archery Tournament

Archery at the Olympics

Olympic archery is also called recurve archery or target bow and arrow archery games, and it became a part of the Olympic games in 1972. Before then, it kept appearing and disappearing as an event in the show. There also weren't many participants in the game, and only four countries bought into the idea of holding archery in the Olympics. 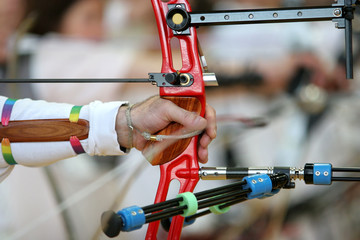 For 52 years, archery remained only a hobby as it was removed from the Olympic games until the fight led by countries of FITA, now called the World Archery Federation (USA, Poland, Sweden, Czech Republic, and France) became successful in 1972. Only then did Archery become a stable competition held in the Olympic games.

In the Olympics, the aim is to shoot the arrows as close to the center of the target board as possible. The main pieces of equipment needed depends on the form of the game.

How different is Archery during tournaments?

Certain things make archery different during tournaments than when it is being practiced in your backyard or field. They include the rules, the equipment, scoring, duration, set-up, location, and so much more.

Where accuracy, shooting techniques, draw length, draw strength, precision, and so on doesn't matter so much during backyard arrow and bow shooting, it is the only thing that matters in competitive bow and arrow archery. 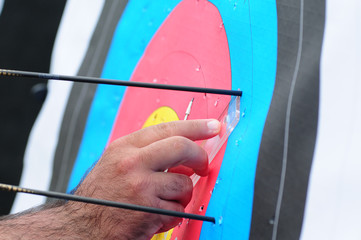 Speaking of the rules, they are what guide the scoring and manner of gameplay for coordination and uniformity. That is why regardless of whether or not you are an expert in archery, you still need to train in compliance with the game's rules to win. The rules are divided into safety etiquettes while on the archery range as well as the rules of the archery range.

Also, some equipment are not allowed during professional archery because all archers are usually advised to use particular types of bows and arrows. Concerning the bows allowed in archery tournaments, only recurve bows, compound bows, and bear bows are allowed. The recurve bow is the only type of bow that is accepted in the Olympics. However, compound bow and bear bows can be used during championship competitions and world cups.

Finally, when playing as a hobby, friends and families manage the scoring board, and the strict level is rather low. However, during championship cups and tournaments, the scoreboard is managed by officials and is determined by a lot of factors.

Archery as a hobby 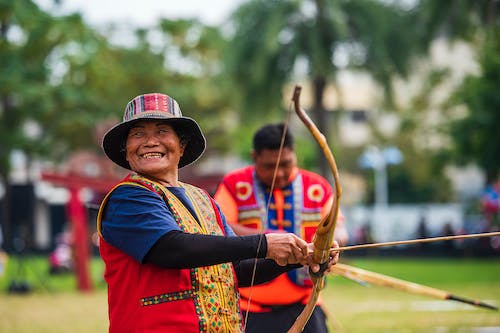 Archery as a hobby is with the same aim as professionally played archery but with less 'professionalism'. The rules are lessened or sometimes non-existent, and any bow and arrow equipment can be used.

Benefits of Archery as a hobby

Archery as a hobby is especially encouraged because it keeps your mind sharp. To draw a bow and land the target, you need good focus. It stimulates your brain to analyze target distance, draw length, and weight towards accuracy, making it a fitting hobby for the young and the old.

Also, apart from mental benefits, it improves your physical appearance by working on your upper body. This is especially because shooting an arrow accurately requires upper body strength.

It is not expensive

Archery as a hobby is not costly (since you can find pieces of archery equipment sold on a budget), and it is also a fun experience for you and your family.

A fun way to retire

Finally, not only is archery as a hobby fit for those who want to someday become professional archers, but it is also a great way for expert archers to retire and find fun doing what they love. Besides reading through a long text, it is safe to say that archery can be played both as a hobby and as a sport during competitions and tournaments. This is simply dependent on the type of equipment used, the location of the archery range, as well as the level of dedication and training, put into the activity. But mainly, archery began from being a weapon used for war to becoming a widely-loved sport.